Midway Atoll, also known as Pihemanu (a loud din of birds) or Kuaihelani —meaning “the backbone of heaven,” and describes a mythical floating island in the sky. Midway appears to float in the sky when clouds reflect blue over the lagoon.

Midway is aptly named, being half way between East Asia and California. It is the farthest north of the islands that make up the Hawai’ian Islands archipelago. Midway is about 1250 miles from Honolulu and is not part of the State of Hawaii, it is a U.S. Possession claimed in 1903 by President Theodore Roosevelt. The entire atoll is 5 miles in diameter. Its two largest islands, Sand and Eastern Island, flank tiny Spit Island.

Midway’s location is strategically significant, culturally, militarily, and biologically, themes that are presented in this website. Native Hawaiians recorded visits to Midway in their legends and songs. Midway has served as a communication link, stepping stone for seaplanes, and a military base. Biologically, Midway contains the largest colony of Laysan Albatross, along with endangered monk seals, green sea turtles, Laysan Ducks, spinner dolphins, and many other species. Midway Atoll also serves as an important way-station in the vast Papahānaumokuākea Marine National Monument, the largest protected area on the planet at 582,578 square miles. 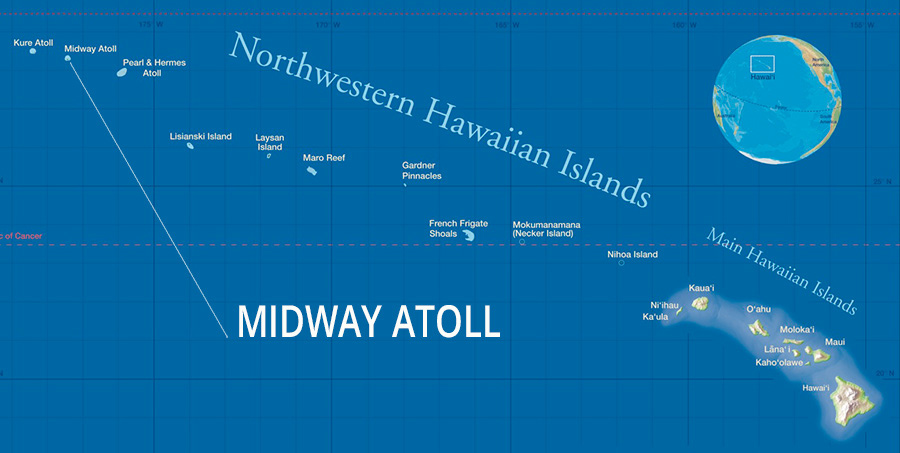 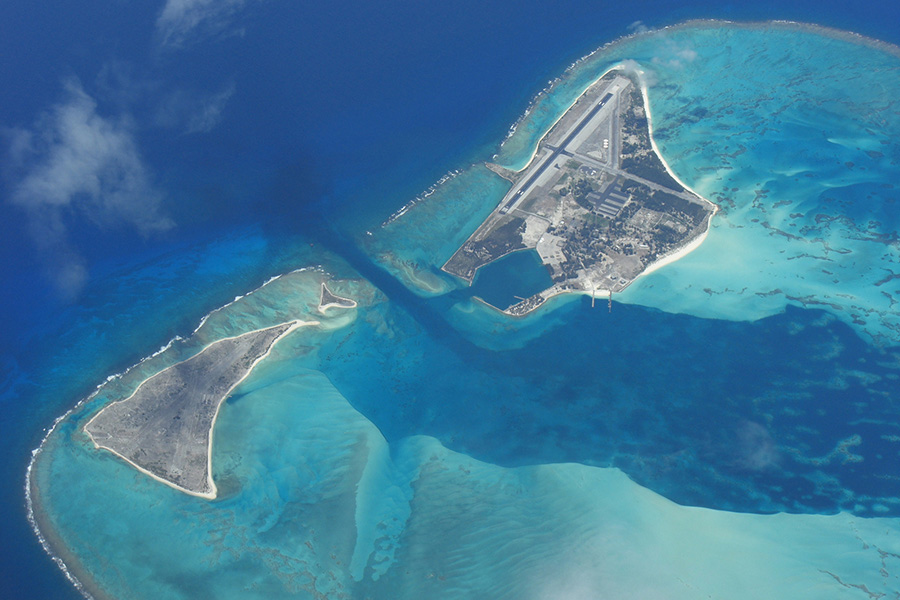